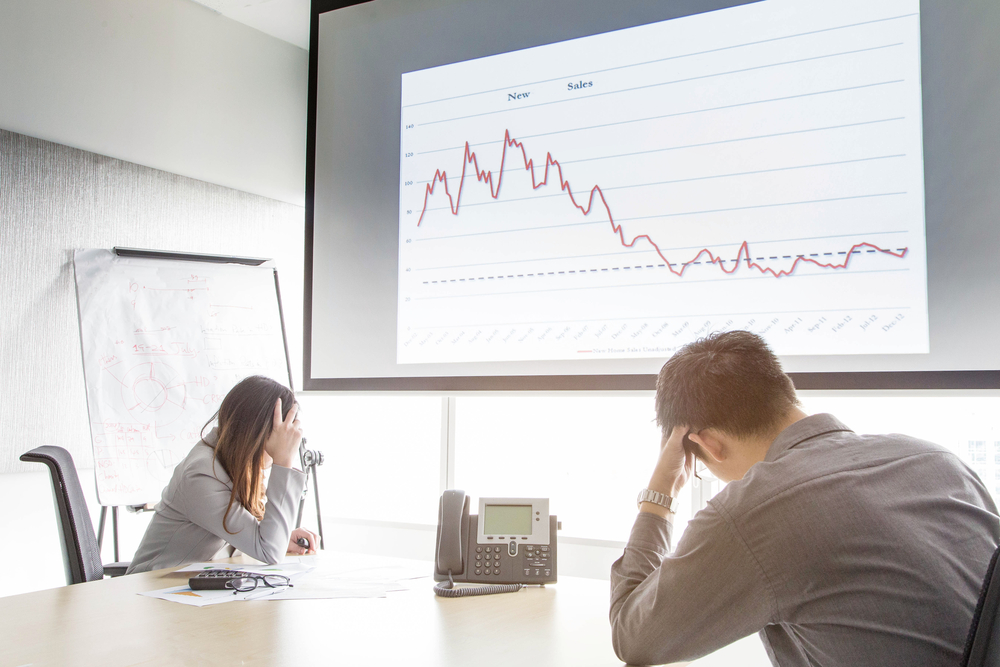 When Desperation starts creeping into your sales technique, you’re in trouble. Desperation results in bad behaviours. And it’s not invisible. Prospects can sense it. And what that creates is distrust from being too pushy in your approach or too needy in your desire to close the sale. So, it’s important not to let things reach that stage.

It’s how every salesperson operates. Targets are there to motivate you, but can also play a hindering role when things are going badly. It’s not nice to know that you are off your target or are unlikely to hit it, especially if there are financial repercussions from doing so.

Using a quarterly example: Imagine you are in the last quarter of the financial year (January to March). Your target is £10,000 of new revenue each month. January was a quiet month post-Christmas, and you were hoping February would be the month that deals started coming in. Unfortunately, February wasn’t very good either. You haven’t made much effort in the first few months and you’ve produced no results. Now it’s March and you suddenly have £30,000 of new deals to close, having wasted the first two months blaming a quiet period. That’s when you start to get desperate.

The example above highlights two things. Firstly, it’s vital to take each month as you would every month. There should be no difference in your approach in January as there is in March. And, secondly, if things start badly and you find yourself a long way off your target, you need to act quickly to address it.

Keeping up with the pace

You can bet your top performing colleagues are doing this. When things aren’t going well, it’s your responsibility to improve them. Prospecting and creating your own opportunities is the best way to do this – fortune favours the bold, after all… There’s nothing worse for a Sales Director to see an underperforming salesperson who also isn’t prospecting.

Generate your own opportunities and use your time to continually add to your pipeline. Even if you miss just a few weeks of prospecting, you are missing out on potential opportunities that could also set you on the back foot in the next quarter.

Prospecting is a daily task for top-performing salespeople. It’s the key to creating the opportunities you need to meet your targets. If you think prospecting every day sounds too much, just think about a situation similar to the example above. You don’t want to be left scrambling around to close deals as your target looms.

Being two steps ahead

As well as creating your own opportunities, knowing when deals are likely to close is a good way to plan your targets. Remember, a lot of deals get moved to ‘On hold’ on the pipeline, so having an idea of what you expect to close in the coming months gives you a heads up on what you need to generate to fill the gaps. It’s important you aren’t overly optimistic here. Under-forecast to ensure you aren’t left in the lurch when a deal doesn’t close that you thought would. Nobody wins every opportunity created, so don’t predict you will.

So what does that mean for avoiding desperation? It means you need to create enough opportunities to hit your target without being required to win every deal you create. Work out your conversion rates and it will give you a clearer idea, but, in general, aim for around 3 times your target in the pipeline.

The negative effects of desperation

If you do find yourself in choppy waters, it’s important to keep the right mindset. Panicking and getting desperate will put off potential prospects, rather than entice them. If you’ve done the above, even if your closed deal amount is lacking, your pipeline should be looking strong from the prospecting, so be honest with your boss if you think you won’t hit your target and don’t be afraid of asking for help.

Being on top of things will generally help you keep stress away. Getting stressed and anxious won’t help. And if you do end up getting desperate, you are more likely to make mistakes, undervalue what you are selling, annoy prospects and lose deals to the competition.

Unfortunately, desperation is a real danger to salespeople. If you feel yourself heading that way, get prospecting to create new opportunities, forecast properly and don’t be overly confident on deals closing, and be open and honest with others so it’s not a massive shock if you miss your target and there is time to help you.

Richie Contartesi – How To Increase Your Commissions By Tracking Activities